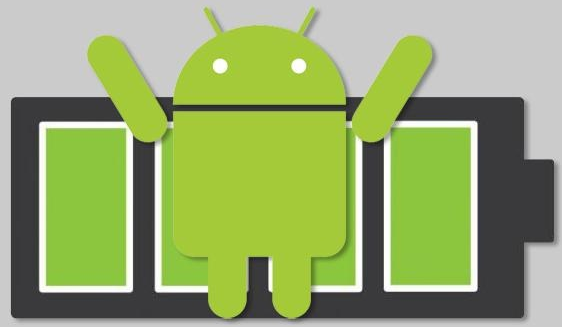 Battery Overcharging: Find Out How it Affects & Use the Right Way

Over the years, many of us have had issues with the battery. In fact, the majority of people still continue to face the same issues. Initially, when we make a purchase, nothing seems bothersome until a few months to years into using it, we find the battery charge draining way too quickly. So what changed? Well, the answer is the process of charging batteries. You can also seek advice from Mobile repair Dubai.

Basically, during the initial days, your battery life remains on for normal extended hours. But the entire process of charging your battery can alter its life expectancy, bringing it’s functionality down. So, if your smartphone’s battery life seems to be out of the league, then you need a bit of clarification regarding batteries and how charging methods affect it. Read more below.

According to Scientific Claims…

When it comes to the functionality of a battery then you can expect them to carry charge carriers to one electrode from another. Thus, when you put your smartphone on a charge, the lithium-ion powered battery will move from its place and back again when it is not charged. So, according to a Senior Scientist known as Hans De Vries, from Signify the whole transferring of ions causes stress as they need space while transferring as much as electrodes need.

Hence, over time, the capacity of the battery will start to degrade. In other words, a pooling or rather a coating of buildup known as Solid Electrolytic Interface (SEI) can have a diverse effect on the battery’s performance over time. If your device seems to have trouble, reach out to Mobile repair Dubai from Urban Clap.

Charging Your Phone All Day: What Are the Effects?

So, as discussed earlier, charging your device most of the time can put a strain on the battery’s electrode. That can eventually lead to poor performance. While the majority of people believe that charging your phone all day long, or whenever possible is a good option, it isn’t.

To get a better understanding, it is advisable to keep your phone charged up to a point that is not full or not zero or close to zero either. Finding the balance or rather the correct spot would help the battery’s life to extend further. For example, an accurate spot for a battery would either be 80% or 30%.

Interestingly, Apple has a different approach to optimize the battery. Unlike Android, Apple devices charge up to 80% when you leave it on. It does not go beyond. This is not available in Android devices. But, many other brands of Android devices are currently making progress for battery optimization.

That being said, it is advisable to avoid leaving your phone on charge, for the same reasons. For instance, many of us keep devices on charge for the night and wake up to a fully charged smartphone, ready to use. While that is convenient, it isn’t helpful at all. Why? Because when you keep your phone on charge, it remains in a constant state of pressure and does not go below 100%.

Thus, there is more pressure and tension working up. This can wear down the composition. For a better explanation, it is similar to performing strenuous activities without giving your muscles any time to heal.

According to a battery company called Cadex, heat is one of the most triggering factors that wears down the performance of a battery. Why? Because batteries are usually made of Lithium-Ion.

Now, Lithium-Ion is best of use when the temperature is cool and not too heated. So if you keep your device close to heat for a long period of time, the life of the battery will gradually degrade.  When it comes to a device that charges wirelessly, heat is a great danger. Unless the manufacturer has kept it under careful consideration to make a suitable charging base that moderates the effects of resistance when it meets current.

Usually, any current in contact with resistance can produce heat and that can be troublesome. That being said, the chairman of Wireless Power Consortium related to IQ wireless charging standard, Menno Treffers suggests that as of now, no negative implication can be made from wireless charging.

Menno Treffers also mentions that battery life can significantly extend with good performance if one discharges the battery level up to 50%. This means that not letting the charge go below 50% can be helpful for its life expectancy to increase. If your device battery is problematic grab Mobile repair Dubai.

According to Smartphone Manufacturers,

As per questioning, the top smartphone manufacturers have given brief clues upon discussing the adverse effects and optimal utilization of batteries in the right way. Here’s what they say:

According to Google, the suggestions claim that one can choose to charge as much as required. They also claim that it is not a necessity to keep your phone charged all day long as long as you have the required battery percentage.

On the other hand, Apple suggests that one can charge their device whenever they want. They also suggest that there is no such necessity to let the device charge below 100%. This claim is suggestive that new modern features in the device have an option to optimize charging. This can help the battery to be charged optimally without having any drawbacks. So, Apple also mentions that while charging, one must avoid overheating.

Meanwhile, Samsung manufacturers explain that charging your device regularly, without overcharging and letting the discharge remain until 50% is a good choice. They also emphasize that overcharging when the battery is fully 100% can harm the battery performance in the long run. If your Samsung device has battery issues, reach out to Mobile repair Dubai for assistance.

As much as the above-mentioned causes affect the battery, other factors like smartphone usage is also a triggering factor. For instance, the use of a smartphone directly affects the longevity of the device. That implies that if you use your device way too frequently, then it will have effects on the battery life, gradually proceeding towards shortcomings. Thus, it is advisable to optimize the use of your device as much as the charging.

Use your smartphone device whenever it is of absolute necessity. During the time it is not being used, make sure you’ve cleared out all the applications running in the background. Alongside this, make sure no additional or unnecessary features, operations, or programs are running. Lastly, be mindful of anything that may seem to be draining your battery. Figure out the cause of Battery options in your device to optimize device usage.

Consider a Replacement Today if Device Battery is Beyond Repair!

Charging your phone all day long can eventually lead the battery to wear out and die fast. Sooner or later, the quality of capacity reduces to a great length. If your device is in a critical state, then consider replacing it with a new battery through mobile repair Dubai or Mobile repair services from Urban Clap. The experts can help you to get impeccable service. When you do get a replaced battery, make sure you follow the points mentioned above for healthy battery life!