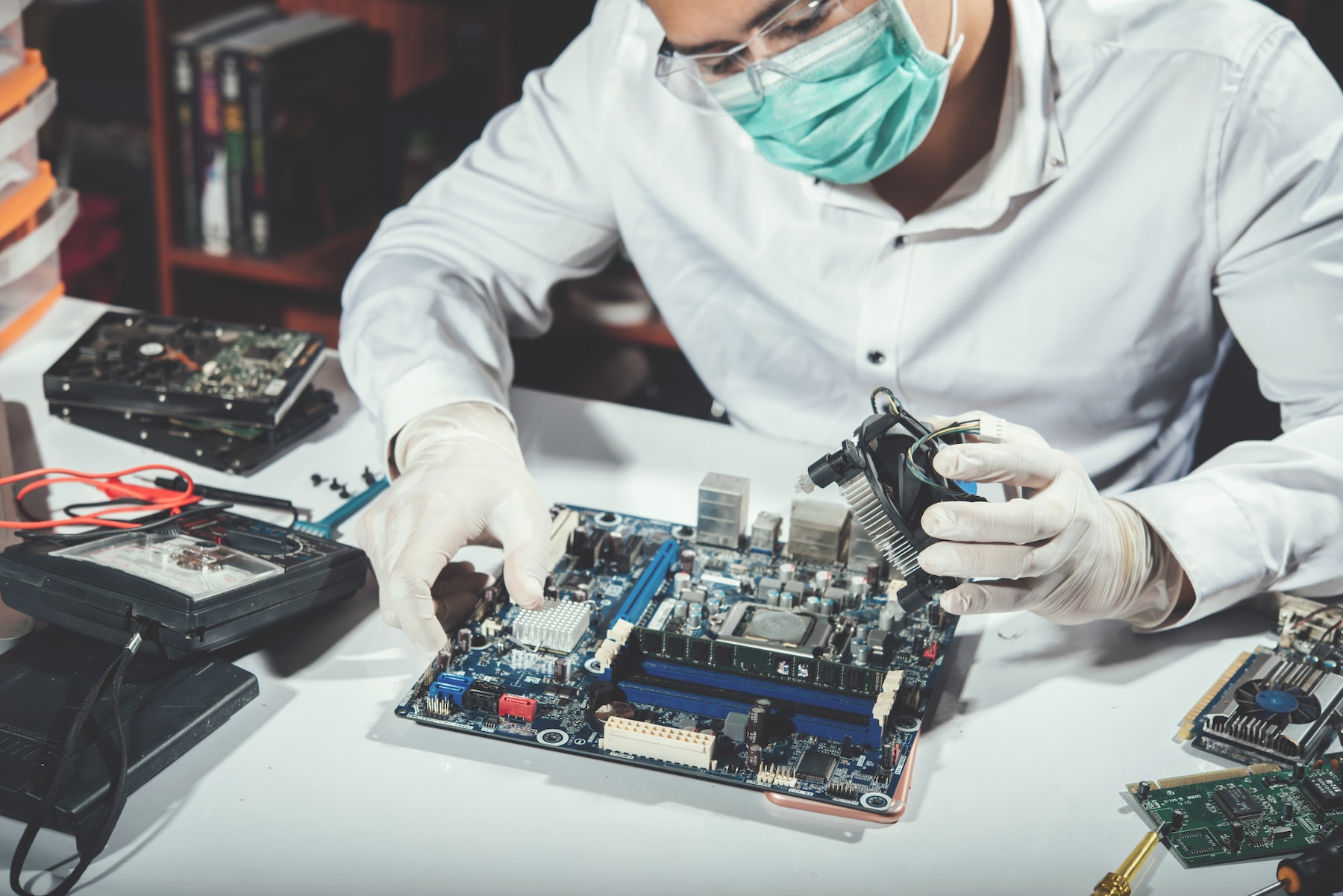 How to Make Use of a Broken or Old Laptop?

If you have a broken or old laptop that is beyond repair, don’t dispose of it yet. Electronic devices, like laptops, can be reused even when they stop working. These devices contain valuable components, like HDD or speakers, which can be repurposed.

Now, when should you reuse the parts of a Laptop? Often, the device goes through malfunctions or the parts get damaged severely. These parts can prevent the device from working properly.

Check the device’s warranty period, and if it’s more than 1 year, then RMA (Return Merchandise Authorization) the exchange device. However, consider repairing the faulty laptop parts if you are not eligible for that. If the repair cost exceeds the laptop’s actual price, salvage its parts.

You can implement these ideas only if the laptop has stopped running but its hardware is still operational:

1. Use the Hard Disk as an External Drive

Did you break the laptop’s screen, but the hard disk is working fine? Turn the internal storage device into an external drive. Most of the latest laptops come with an HDD and a solid-state drive.

Although an HDD or SSD is vulnerable to damage but lasts longer than the other parts. You can use both hard drives even if the laptop is dead.

Do you use an old Windows or Mac laptop? It may have a solid-state drive with a SATA interface. But, you will find an M.2 SSD in the advanced laptops.

Thus, you must check which type of SSD the laptop uses before salvaging it because different types of SSD can be used for different purposes.

Some laptops have a dedicated panel inside the device where the hard disk is mounted. Usually, it is easier to find and remove the storage device from those laptops.

However, the SSD is mounted below the CPU and around the PCIe slot in the new laptops. Thus, removing these solid-state drives from these devices can be difficult.

Here’s how you can remove the HDD or SSD from a laptop:

How to Use the Hard Drive as an External Drive?

Once you remove the HDD or SSD, determine how you would like to use it. You can turn the hard drive into an external drive by using an adapter. Alternatively, you can install the hard drive on another laptop to use it in the future.

2. Use the Laptop Display as an External Monitor

Additional monitors can enhance your productivity level. Thus, if the laptop screen is still working but the other parts are damaged, use it as a second monitor. Don’t invest in a new laptop instead, connect it with the computer.

Here’s how you can remove the existing screen from the laptop:

However, using the laptop screen as a monitor might be difficult and risky. You might experience connectivity issues for not installing the controller board correctly. Thus, we recommend an expert’s help when installing the second monitor.

3. Install the RAM into a New Laptop

The latest laptops come with durable RAM, which can withstand major issues. If the device is broken, check if its RAM is working or not. If yes, try removing it from the Windows or Apple laptop.

However, depending on your device, RAM can be either removable or non-removable.

Do you use a laptop with removable RAM? Use the following steps to remove this unit safely from the device:

However, you must check whether the RAM is working before installing it on the new laptop. Additionally, you should determine whether it will be compatible with the other laptop. If not, you may experience storage issues when using the laptop.

4. Use the CPU of the Broken Laptop

Some laptops have CPUs that can be removed and reused on a new device. You can use the removable CPUs on the latest Windows desktops. Thus, check whether there is any sign of damage to the existing laptop’s CPU.

You can’t use the CPU if it has physical damage or scratches. However, try to remove this unit if you don’t find any wear and tear.

Is the laptop’s cooling fan moving, but the laptop is not displaying any image? It indicates the fan has no glitch, but the screen might be faulty. Replace the screen to fix the issue if you use a new laptop.

However, you shouldn’t repair the screen if you have used the laptop for 4-5 years. Instead, consider removing and reusing its internal parts, like fans, for another laptop.

Here’s how you can remove the cooling fan from an old laptop:

After assembling the fan, install it on a compatible laptop. Turn on the device and check if the fan is working properly.

Is there no airflow, or is the device overheating? The chances are high that the laptop has a faulty fan. Consider replacing it with a new one in certain circumstances.

Other Parts that can be Salvaged from a Broken Laptop

Do you have an optical disc drive in the broken Windows laptop? Remove it by unmounting its screws and using it on the modern PC. Moreover, you can reuse the old laptop’s webcams as a media capturing tool. Laptop users can also repurpose and use the laptop batteries as a power bank.

Are you looking for an expert to remove the fan or battery from the dead laptop? Contact the professionals of Urban Clap to get immediate support. They have certified technicians who can remove and reinstall every laptop part. So, book their services and make use of the broken laptop.